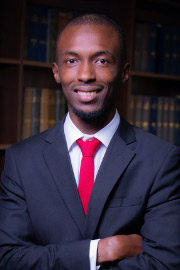 Mr Jallow is a qualified Barrister and Solicitor of the Supreme Court of The Gambia. Mr Jallow obtained an LLB law degree from the University of The Gambia in 2014. He later attended Bar School at The Gambia Law School in late 2015 and was admitted to the Gambian Bar in 2016.

Mr Jallow is also a member of the Gambia Bar Association.